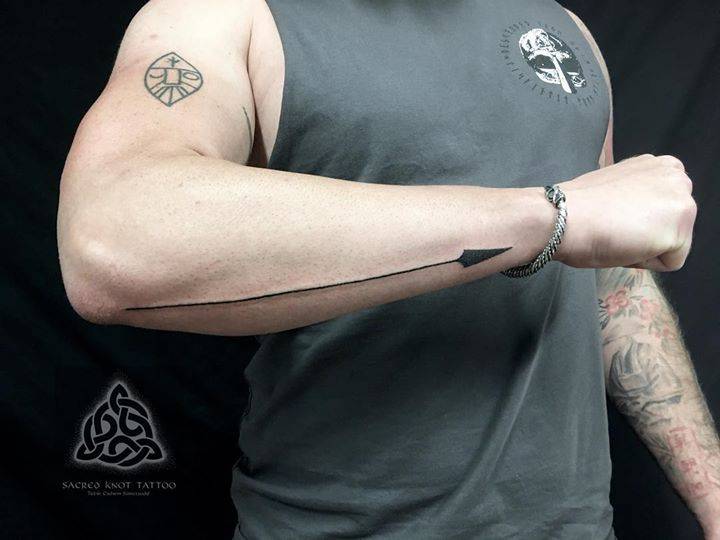 "Tarran from Descended from Odin came by the studio yesterday. As you may have guessed from his company name he’s Also really into Norse mythology, so we handpoked a Gungnir on his forearm. Gungnir is Odin’s spear forged by dwarfs, and had the power to never miss its mark. I’ve always thought this interesting that he casts his spear a #Fenrir before the great wolf devours him, yet it does not kill him. Yet as the Vikings would cast a spear over their enemy’s before a battle to dedicate their deaths to Odin, was he once again sacrificing himself to himself as he did when he hung on Yggdrasil to gain the power of the runes? Hmm ? I’ve also been doing a few T-shirt designs that can be found on their website too, so check them out. It was awesome to hang out with you again dude, see you soon!"